Here’s hoping everyone had a fun Labor Day weekend doing something non-laborious.

Listening to the maestro.

As for me, I had fun lazing about part of the weekend. Lindy, my buddy Jeff and I saw John Williams perform his movie music at the Hollywood Bowl (an annual tradition). Lindy and I also went to a friend’s house party on Monday.

I also watched some great football as my scrappy Wisconsin Badgers shocked LSU in a showdown at Lambeau Field and Florida State rebounded from an abysmal first half to beat Ole Miss. And with the NFL pre-season over it all gets real starting next week.

And this weekend was also the start of my fall race season. END_OF_DOCUMENT_TOKEN_TO_BE_REPLACED 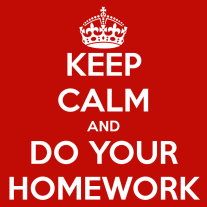 “We don’t need no education.”

As we sit here at the end of August, it’s clear that the “season” is upon us.

Now that season can mean different things to different people.

For my nieces, it’s means that “school season” is underway. And boy are they thrilled to be back in the classroom (cue the sarcasm). My oldest niece told me how exactly much she is digging working on a paper this weekend for her literature class. FYI, it’s not a lot.

Now, for the tens of millions of football fans around the country, college football season gets underway this week (technically it started on Friday with the game between Cal and Hawaii in Australia). And the NFL kicks off a week later. My Badgers are facing a ridiculously tough schedule this season, while my Seminoles are expected to compete for the ACC title and a spot in the playoffs.

As for my Packers (I can say “my” because I do own a share of the team)… they are one of the odds on favorites to represent in Super Bowl LI (let’s start calling it “Super Bowl Lithium”). END_OF_DOCUMENT_TOKEN_TO_BE_REPLACED

LACED UP & LOVING IT…

This past Sunday I ran my last race of the year and it was a fun finish to my 2015 season.

In the wee hours of the morning… okay, it was technically still nighttime (or “stupid o’clock” as my running coach calls it), I awoke to get ready for the Lexus LaceUp Riverside Half Marathon.

After tossing on my running garb and grabbing a can o’ caffeine (of the Diet Coke variety) to go, I was off to pick up my buddy Kelly for the trek to Riverside.

This was the fourth and final race in the Lexus LaceUp 2015 series and as one of the LaceUp ambassadors, I’ve enjoyed all of the races that preceded it:

And this climactic chapter in the “LaceUp quadrilogy” did not disappoint. END_OF_DOCUMENT_TOKEN_TO_BE_REPLACED

For those of you who’ve been checking Tripping The Kenyans over the past few weeks, you’ve definitely noticed a lack of Scott.

It ain’t just a magazine.

Yup, no running tales, no silly remarks, no mildly inappropriate comments and no painful puns (I’m sure some of you are grateful for that last one).

It’s been bit of an unplanned blogging MIA month.

I have been running. Yes indeed.

Since my last post back in late October I’ve run two races: The REVEL Canyon City Half Marathon and the Lexus LaceUp Palos Verdes 10K. I had a fun time (and decent finish times) at both races. And I continue my training with Team To End AIDS for the 2016 LA Marathon. END_OF_DOCUMENT_TOKEN_TO_BE_REPLACED

Welcome to the second stop on the Lexus LaceUp 2015 race series. After an enjoyable jaunt last week in Irvine, the LaceUp crew found themselves gathering pre-dawn (daylight savings ends next week) at Promenade Park overlooking the ocean in scenic Ventura. END_OF_DOCUMENT_TOKEN_TO_BE_REPLACED

Tie those running shoes for the first stop on the Lexus LaceUp 2015 race series. The series also includes races in Ventura (Oct. 24th), Palos Verdes (Nov. 14th) and Riverside (Dec. 6th). The Irvine race was a little different than the others in the series in that it offered only 10K/5K distances, whereas the other races also include the half marathon.

The fact that racers were only running 10K or 5K didn’t seem to dim anyone’s spirits, as a festive bunch of runners gathered in the park on a Saturday morning for fun jaunt around Irvine. END_OF_DOCUMENT_TOKEN_TO_BE_REPLACED

Did you ever have an event sneak up on you?

Something that you marked down on your calendar months ago and banished it to the deepest recesses of your memory (aka you basically forget that sucker) only to have it suddenly pop up going: “Here I am.”

A birthday, anniversary, trip, holiday… or dreaded DMV appointment (btw, I have to renew my license in March).

It’s like a calendar ninja just stealthily sneaking up on you and waiting to pounce.

That’s pretty much the feeling I have with my Fall racing schedule.

Yup, we’re talking about 5 races that are staring me right in the kisser. END_OF_DOCUMENT_TOKEN_TO_BE_REPLACED