Remember back in grade school when you’d receive a “certificate of participation” for finishing just about anything? Whether it was completing a science project, reading a certain number of books or just having good attendance, a certificate (featuring cool borders, formal sounding language and your name displayed in pretty text) made it seem “official.”

END_OF_DOCUMENT_TOKEN_TO_BE_REPLACED

Hope you’ve got the right shirt on.

This past Sunday almost 20,000 runners tore it up along Pacific Coast Highway as they ran the Surf City Half & Full Marathon. And I couldn’t help but notice as I motored along with my running brothers and sisters that literally thousands of them were committing a huge fashion faux pas.

They were wearing the 2014 Surf City Marathon tech shirts given to them for the race.

Now, the Surf City shirts were pretty sweet this year… yellow for the guys and pink for the ladies. That said, those are the only two shirts in the world that should NOT have been worn during the race.

You may think I’m crazy and wondering “Why shouldn’t someone wear the shirt given to them specifically for that race?”

END_OF_DOCUMENT_TOKEN_TO_BE_REPLACED

It’s Super Bowl Sunday football fans and you know what that means… yup, time to race. As part of another annual tradition, The Surf City Marathon and Half Marathon kicked off another chapter of their seaside scramble. And unlike the blowout “big game” between Seattle and Denver yesterday, the Surf City Marathon and Half Marathon was an exciting time from start to finish. Around 18,000 runners (2332 Marathon finishers/ 15447 Half Marathon finishers) lined up yesterday along PCH at Sunrise in preparation for the race and to gain a 2,000 calorie deficit before heading off to their respective SB parties. Let the game begin…

END_OF_DOCUMENT_TOKEN_TO_BE_REPLACED 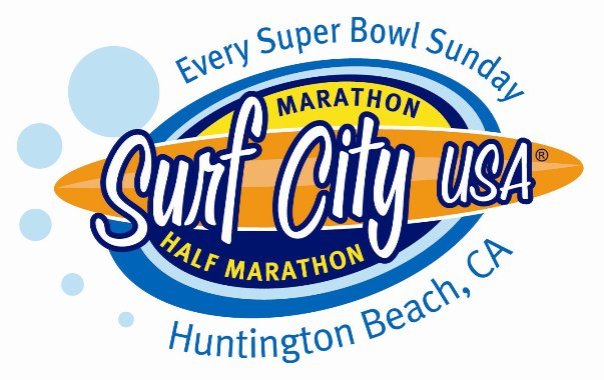 Today marks the 1-month anniversary of the launch of “Tripping The Kenyans.” Thanks to all of you who have stopped by to give it a gander (and be sure to tell all of your friends). I hope you’ve had as much reading about my , , obsession as I have had writing it. And please keep your comments and suggestions coming.

And now for a new ongoing feature as I will give updates for each race I run, chronicling the days up to and including the race, culminating with a “Post Mortem” and a formal review.

First up: Surf City, the site of my very first half marathon (back in ’09).

So, I’ll catch all of you tomorrow as I head down to Huntington Beach and some fun in the sun.

Until then… run on!

Comments Off on THE SURF CITY “EXPERIENCE”

YOU NEVER FORGET YOUR FIRST…

This Sunday I lace I up my shoes to run the Surf City Half Marathon for the just second time. I’ll be joined by almost 20,000 other runners as we pound the pavement along Pacific Coast Highway in Huntington Beach. It truly is a beautiful vista to behold and should be a great time. Of course, I’m a bit biased as Surf City holds a special place in my heart and it has nothing to do with the surfboard finisher’s medals (which are really really cool).

You see, Surf City was my first.

Let’s turn the way back machine to early January 2009. I was three months into training with T2 (known then as AIDS Marathon) for my first Los Angeles Marathon. I was still quite the newbie and at that point our biggest run had been 12 miles, which was also the longest distance I had ever run in my entire life.

The Los Angeles Marathon had originally been planned for February 16th (President’s Day), but due to a convoluted scheduling snafu, the race date was forced to move to May 25th (Memorial Day). It was like finding out on Thanksgiving Day that Christmas was going to be pushed to March. Bummer.