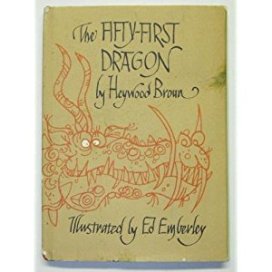 There’s a short story I remember from my childhood called “The Fifty First Dragon” by Heywood Broun. Click on the picture to the right to give it a read.

It tells the story of a nervous knight named Gawaine le Cœur-Hardy and how he found confidence thanks to the magic word “Rumplesnitz” given to him by the headmaster.  Gawaine went on to slay more dragons than anyone.

Click on the picture to the right to give it a read.

It’s kind of funny because my original running coach, Scott Boliver, used to talk about “slaying the dragon” when it came to running… and in life. As for Coach Scott, he truly was a dragonslayer.

As I mentioned in a recent post, I completed my 50th half marathon (aka slayed 50 dragons) back in December. So the half marathon I ran this past Sunday was my own 51st dragon. 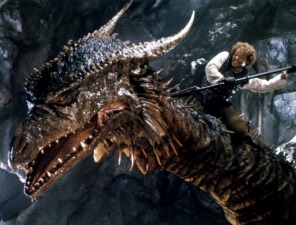 Talk about a pain in the neck.

It was a familiar dragon. In fact, my 51st dragon was also my first dragon. In Feb. 2009, I ran the Surf City Half Marathon and earned my very first finisher’s medal and ribbon. And like Gawaine, I was nervous as hell. Sure I had been training for months and had my friends nearby, but it was still nerve-wracking to be running a race for real surrounded by almost 15,000 other participants.

But I survived and like Gawaine my confidence grew with each encounter as I continued running/slaying. Some dragons were harder than others, but in the end I always managed to earn a new medal and ribbon. And the same as that nervous knight in Broun’s story, I too eventually amassed 50 medals and ribbons.

Jump ahead to this past Sunday’s race at Surf City. This 51st half was intended to be my warm-up for next month’s Los Angeles Marathon (the big dragon). A test to see how my training was coming along. I had high expectations, including hopefully a personal best at Surf City (this would be my fourth time running the race). I certainly wasn’t expecting this dragon to put up much of a fight. No such luck.

Now, I’ve had far worse races… ones where I wasn’t certain if I’d finish or I had to slog through multiple uncomfortable miles. Surf City 2017 wasn’t that bad. But I certainly fell short of my lofty goals. I never hit my running groove.

I felt sluggish the first mile or two and when I finally did get my footing and into a rhythm, my lower back started bugging me and never let up. I had a game plan from my running coach James: start at a solid pace, speeding up a little every mile and if I felt good at mile 10, then I should really give it the gas.

By the time mile 10 came around, I wasn’t certain how much gas I had left in the tank. So I ended up running a very conservative conclusion to the race, even taking an added extended walk break during mile 12. In the end, I finished with a 2:11:49… not a bad time given my past half marathons, but  5-7 minutes slower than what I had been hoping for.

So while I did eventually earn my medal and ribbon, the 51st dragon got in a few good shots and reminded me that I’ve got some real work to do before the Los Angeles Marathon… if I don’t want that dragon to devour me, medals and all.

So this week it’s back to training for this knight as March 19th will be here before you know it.

Posted on February 7, 2017, in General. Bookmark the permalink. Comments Off on MY FIFTY FIRST DRAGON….