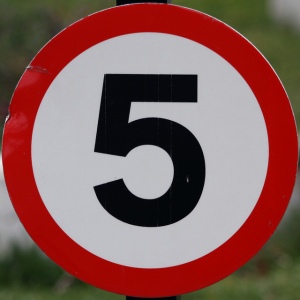 Quick, what is your “favorite” number?

My favorite number has always been “5.”

Why? Because number 5 was worn by my favorite athlete from when I was a kid… my older brother, Todd. He was a natural athlete, exceling at both soccer and wrestling. As for me when I was little, I was an average athlete at best and always wanted to be more like him.

And when I finally was given the choice of the number to wear on my back, it was always 5. I’ve got many a soccer and softball jersey with the “cinco” appearing right below my name.

Well, the number 5 has taken on a different significance for me as of late.

5 is the number of years I’ve been distance running.

5 is also the number of full marathons I’ve completed so far.

Twenty five is the number of half marathons I’ve finished… and as you know 25 is 5×5.

Do you see the pattern emerging?

There’s a sports store down the street named “Big 5 Sporting Goods”. Not to mention 5 is the fifth number and there are four letters in the word “five”. Add one more and what number do you get… that’s right… 5. I live in apartment #302 and if you add all of those digits together you get five. Coincidence… hell, no. And there are also five black helicopters currently hovering over my place because the government wants the secrets in my head… five five five five five (and yes, I’m writing it 5 times)!

It seems my inner conspiracy theorist got a little carried away there for a minute (or was it 5 minutes). The medication is kicking in finally; so let me take off my tinfoil hat. Now where were we? Oh yeah. 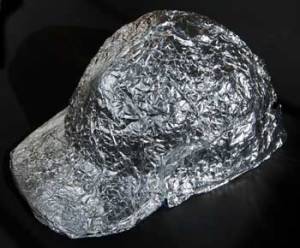 When I run the LA marathon on Sunday, this will be the 5th time I’ve run the marathon in my hometown.

But the real “Big 5” staring me in the face is the 5-hour barrier. When I ran my first LA Marathon back in 2009, I was convinced that I’d do it in under 5 hours… oh, you naive newbie. Well, one trip headlong into the wall threw that notion right out the window and into a 5:40:29 finish time. And while I did run a 5:16:33 at the Chicago Marathon later that year, I haven’t come any closer to breaking the 5-hour mark.

So, here we are 5 years removed from that very first marathon. I’ve been training for 5 months with T2 and I’m 55 pounds lighter than last year (wait, 55 is two 5s side-by-side). My bad… I’ll stop that.

Anyway, from day one of training this year my goal has been to shatter the 5-hour barrier. It’s been a thought that pops into my head on every maintenance run and each and every Saturday long run.

Now, for many marathoners out there, a 5-hour marathon is no big deal. Multitudes have left that figure long in the dust and many have limbo-ed well under 4-hours. Some of you fast mothers have even flirted with 3 hours or heaven forbid gone under that (not sure if I like you anymore).

But this is the monkey on my back (or is it 5 monkeys… jeez, stop that). So, as I prepare for the race on Sunday I think of all of the hard work I’ve done and miles I’ve logged in pursuit of hitting this mark.

I plan to break that 5-hour barrier with time to spare. But of course you know the old saying about the “Best laid plans of mice and men” not going… um, as planned.

In the time from start to finish for a marathon, just about anything can happen. In the end all I can do is give my very best, which is the one thing I can guarantee you will happen.

If I do cross the finish line on Sunday and the first digit on the clock reads “4” I’ll be sure to “high five” everyone I can.

Maybe I should wear my tinfoil conspiracy hat, I hear they cut down on wind resistance. Hey, every little bit helps.

(5 days until the LA Marathon…wait, did I say 5 again)