REVEL CANYON CITY HALF MARATHON EXPERIENCE: HANGING AT THE EXPO

So, my crazy “3 half marathons in 33 hours” weekend has officially arrived.

Race outfits are laid out and ready to rock; bags are packed for Anaheim & Las Vegas; GPS and iPod shuffle are charged and primed. As am I.

First up is the inaugural REVEL Canyon City Half Marathon in Azusa, CA kicking off tomorrow morning at 7am.

But today, I was at the race expo in Monrovia. And not only did I pick up my race bib/shirt, but I also volunteered for a shift handing out tech shirts/swag bags to the racers. It was a lot of fun gabbing with the other runners and helping them get their race prep on.

Here’s some images from the expo: 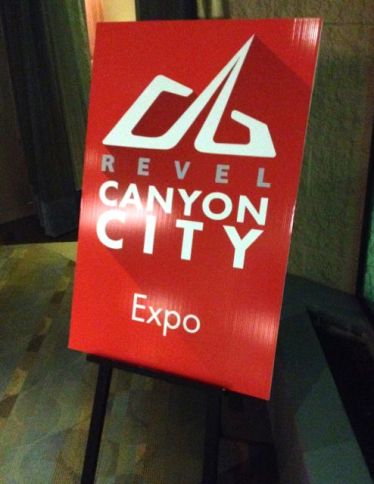 Let’s all go to the expo! 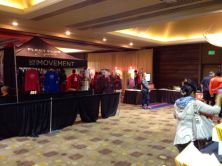 Did I mention you look good in orange.

Thumbs up to helping out.

The kind of bib you don’t drool on, hopefully.

Bring on the half!

Let’s get ready for the Canyon City Cha-Cha!

Posted on November 14, 2014, in REVEL Race Series, The Race "Experience" and tagged Race Expo, Revel Canyon City. Bookmark the permalink. Comments Off on REVEL CANYON CITY HALF MARATHON EXPERIENCE: HANGING AT THE EXPO.