NO MOUSE IN THE HOUSE… 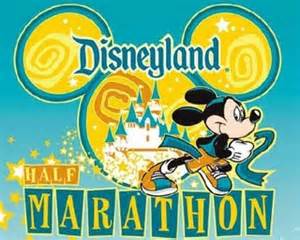 Today I did something by doing nothing. Sounds zen, right?

Nothing quite so grand, I assure you.

Let’s just say that today I reallocated my running resources.

To put it bluntly, I said “no” to Mickey Mouse. It was hard, trust me.

Today marked the sign-up for the 10th annual Disneyland Half Marathon (September 6th). And I didn’t register.

I enjoy the Disneyland races. Honestly. In fact, I love almost everything Disney.

I’m simply not running the Disneyland Half Marathon because it’s just too darn expensive.

It’s $199 for the Disneyland Half Marathon. Heck, let’s call it $200. In fact, once you add on the “convenience” fees, the price takes you well north the cost of Ben Franklin… and his twin brother.

If I registered for this half, it would be the most expensive race I’d run. Ever.

Heck, the famed NY Marathon is $255 (+$11 lottery fee) if you can get in. And that’s still a bargain when compared to Disney:

Yup, three races for the exact same cost as running the Disneyland Half Marathon.

Those three races tallied up to a staggering $585. And that’s before convenience fees, parking, souvenirs, gas and lodging.

Put simply, unless I find that darn money tree that my dad told me doesn’t exist, I need to… how shall we say: Do less Disney.

I’ve got several out of state races I plan to do this year (Denver, Madison, Salt Lake City) and since my disposable income isn’t bottomless, I’ll be shifting my “Disney Dollars” to cover the costs of these races (and travel) instead.

Now I’m not abandoning Mickey and Minnie entirely. Rather, I’ll just be going on a Disney diet this year. No Disneyland Half and no Avengers Super-Heroes Half. I do plan to run the Star Wars Half Marathon in 2016… still gotta get my jedi on!

I think one run in and around the “Happiest place on Earth” a year will be satisfactory for now.

Unless of course I win that $450 million Powerball Lottery. Then I’m running all three races. Heck I might even have enough leftover from my winnings to buy a set of Mickey Mouse ears too.

Run frugal… and Run on!