“DOCTOR DOCTOR, GIVE ME THE NEWS…”

Not sure, but you’re probably boned.

My trip to the podiatrist on Monday turned out to be all good news. No problems with my feet, just an issue with my new orthotics that will be corrected in a week or so. Cool.

Yesterday, I had parts two and three of my medical trifecta… annual physical and a visit to the eye doctor.

So, let’s pull a “Hunger Games: Mockingjay” and unnecessarily split these results over two days of posts. Everyone loves a cliffhanger, right? 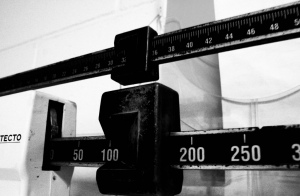 Don’t want to tip the scales.

Given that I pay a stupid amount for health insurance (don’t we all), I realized that this “covered” annual exam had actually been paid for about 30 times over thanks to my monthly gift to Blue Shield.

On the plus side, I didn’t have long to wait in the doctor’s office before he saw me. This was fortunate because my phone’s battery was dying (need me a new iPhone) and I was in danger of it dying mid Candy Crush (I’m at level 312 for those fellow addicts who are curious). 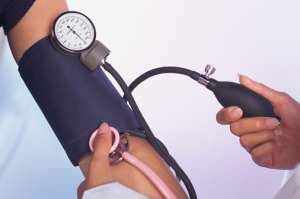 So into the examination room I went with one of the medical assistants. A quick hop on the scale and I found my weight was fine (I did tell her that my clothes weighed at least 10 pounds). I also learned that my pulse and breathing were good. My blood pressure is still a tad on the high side at 126/90, but better than last year’s numbers.

The doctor then came in (apparently after dipping both his hands and stethoscope in liquid nitrogen… those puppies were cold) to check me out. After a few minutes of breathing in & out (and holding), saying “ah” and the doctor said everything so far was A-OK.

The doctor left and Patty (another medical assistant) made her grand entrance carrying a big tray of needles, empty vials and cups. Drawing blood from a stone may be tough, but apparently I’m pretty easy. One fast jab in the arm later and Patty was happily syphoning off my red stuff.

FYI, I look away when I get tapped like a human keg. I have no problem with the non-stop symphony of blood & guts on “The Walking Dead” or any horror movie for that fact. But you show me the real thing in person and I get all “oogie” (not sure if that’s the official medical term).

Three vials of blood and an overflowing cup of urine later (I drank a lot of water before I went this morning) and Patty had all of the “Scott-stuff” she could handle. She told me I’d get my test results in a few days.

I informed her that when they were done with the tests they could keep the blood and urine as I had more. The deadpan look Patty shot me let me know that I was not the first person who had made that joke.

Patty was replaced by yet another medical assistant (personally, I think they’re being specially bred in a lab somewhere) who came in brandishing a pair of needles. Yup, things were about to get stabby. Flu shot in my right arm, tetanus booster in my left. Perhaps it was the other way around. All I do know if “ouch.”

And like that I was done and shuffled out the door… without a lollypop I might add.

What the hell; I have PPO and you’d think my insurance would cover a sugary post-stabby treat. Damn you Obamacare!

Anyway, tune in tomorrow to learn about the third and final chapter of my medical madness or as I like to call it “Scott goes to the eye doctor.”

“May the odds ever be in your favor” (that would be a Hunger Games callback).

Posted on December 4, 2014, in General and tagged Blood Pressure, Flu Shot, physical. Bookmark the permalink. Comments Off on “DOCTOR DOCTOR, GIVE ME THE NEWS…”.