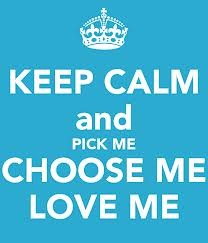 Make up your mind, will ya’!

Democracy is a wonderful thing.

Who doesn’t love that whole “Life, Liberty and Pursuit of Happiness” deal?

We get the right to bear arms and arm bears (or something like that).

And we get to vote.

To decide the President of the United States.

To decide the winner of American Idol.

…And now to decide on the style and color of our race medals and shirts.

I’m sure this is exactly what the founding fathers had in mind when they told England to “Suck it” back in 1776.

This Friday I’m running the Peachtree Road Race and each year they let the public pick between 5 designs to choose the final race shirt. We cast our votes via secret ballot and on July 4th as we cross the finish line we discover which version won, which I then wear to whatever 4th of July BBQ (bring on the burgers) I crash later in the day. It’s a very cool tradition.*

This is nice too.

And here’s one more.

I’ve also noticed that other races are asking the masses to chime in on the design of the shirts and medals for their races. In fact, it’s starting to become a rather popular trend.

In the last few weeks I’ve voted on the design for the medals for the LA Rock ‘n’ Roll Half Marathon, Ventura Full/Half Marathon, Madison Mini Marathon and The Santa To The Sea Half Marathon. Let your voice be heard runners!

In addition, the Santa To The Sea Race has asked participants to decide on the style for the ribbon, as well as the color for the tech shirt and short sleeve vs. long sleeve. That’s a whole heap o’ democracy in action.

It makes me wonder if the Race Directors really love the public’s input or they just can’t make up their flipping minds. Doesn’t anyone toss a coin anymore? And what’s the matter with “Rock, Paper, Scissors, Lizard, Spock? (Yes, I love “The Big Bang Theory” too.) 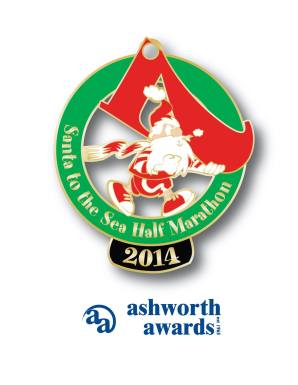 It also gets me wondering if letting the public decide is necessarily a good thing.

I’ve voted for numerous medals/shirts and while some choices seem obvious (surely one or two of the lesser designs were “sacrificial lambs”), some of the victorious designs have defied logic. And others have been downright meh.

Let’s be honest, some people out there have some really awful taste when it comes to style (clothing and bling). For every person who has acceptable taste, there seems to be at least one “Walmartian” to cancel them out. Yeesh, time to call out the “fashion police” riot squad. 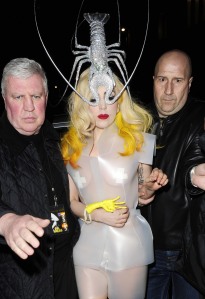 Thought I was kidding, didn’t you.

And heaven forbid if we ever let Lady Gaga vote on the design for a racing tech shirt. We’ll end up running a marathon in some Mugatu-inspired nightmare creation (yes, that’s a “Zoolander” reference) featuring see-thru plastic, nipple tape and a jewel-encrusted lobster headpiece.

TV writers know better than to listen to what the public wants too much. If that were the case, then each episode of “Game of Thrones” would simply have King Joffrey resurrected only to die a more horrible death each week (Side note: more Hodor please).

And let’s not forget the People’s Choice Awards (chosen by you America). According to the majority, Britney Spears is still the top pop artist out there. Really?

Here’s the other thing to consider. Most of these contests seem to be conducted solely via Facebook/social media. That means that unless you constantly frequent Mark Zuckerman’s bastard creation, you may just miss the opportunity to decide on the final look of your race shirt.

Which bling will win?

I took statistics in high school… do the people who update their statuses ten times an hour truly represent a proper sample size of the race participants. Or are you simply at the mercy of those individuals who post pictures of their desserts or suffer from an incurable selfie addiction.

And while we’re on the subject, how do we know the voting hasn’t been “tampered” with? We assume that everyone votes just once. I mean people only have one Facebook account, right?

But what about those people who have created accounts for their pets? I don’t know about you, but I don’t think “Fluffy McFluffenstein III” should be able to bark their opinion. Perhaps there should be a rule stating that only biped creatures with opposable thumbs can give the “thumbs up.” 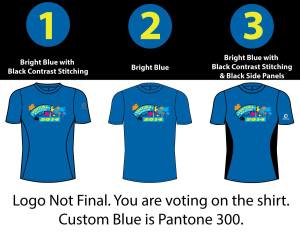 You can dress me up, but you can’t make me run.

And what about the people who recruit their entire social media entourage (runners and non-runners alike) to vote the same as them in order to tips the odds in their stylistic favor? Since when did social media become a popularity contest? Oh wait, since day one.

So, is allowing people to vote for their bling a good idea or a bad idea?

It really is a double-edged sword.

Let the race officials decide in a vacuum and people will inevitably complain that monkeys could have done a better job (they have opposable thumbs, right). Give power to the people and you’ll get those saying that the choice is best left to the professionals (or the aforementioned monkeys).

Personally, I’m torn and don’t know what is the right answer.

I wish there was a way where I could let others decide this all important issue. You know, a process where I could give facts (and snarky comments) and then ask people to favor one choice over another.

Wait a second. There is a way.

Heads or tails. Call it in the air.

(I want to hear from you… Should runners get to decide the design for the T-Shirts and race medals? In the comments section vote “YES” if you think the public should choose or “NO” if it should be left up to the race officials.)