Thanks to “Lefty” and “Righty.”

On Saturday morning I went for a run with my “Team Roadkill” buddies, as we’ve done so many times before. While it was a fun time, there was also something a little bittersweet about it.

For one of us, it was going to be their last run. Well, not a person per se.

This was the last run for my current running shoes.

My New Balance 940v2 shoes (size 11.5 EE… yeah, I’ve got wide feet) reached the end of the line and this was the final occasion for me to lace them up. The time had come for them to retire.

To receive full social security benefits, we humans can’t retire until we’re age 67. Most professional athletes have gone from the playing field to the sidelines by the time they hit 40. As for my running shoes, they were calling it a day at the ripe old age of 3 ½ months.

Several of my non-running friends were shocked to learn that the lifespan of a pair of my running shoes is roughly 100 days. I explain to them that high performance footwear is only designed to last between 300-500 miles. After that they’re just worn out and put you at an increased risk for injury. 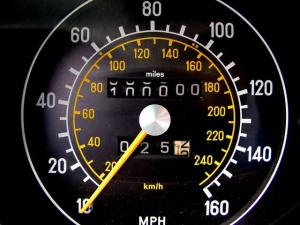 Now there isn’t an exact mileage where your shoes need to be replaced. It’s not like how your car seems to fall apart the second you roll the odometer over 100,000 miles.

It comes down to multiple factors, including the design of the shoe, where you run, your build and even how you run. While I’m much lighter than I was this time last year, I still pound the ever-loving hell out of my shoes. I’m a bit of a “clomper” and my shoes won’t have the longevity of those of a 120lb woman. Often it comes down to feel; you can just tell that the shoes are “tired” and it’s time for them to permanently go to the “shoe farm upstate.”

Now, I know plenty of runners who ditch their old shoes without a second thought. One day here, next day gone… no big deal.

I tend to be a little more sentimental. Now while I don’t plan to throw a retirement party or give them a gold watch for their dedicated miles of service, I do feel obliged to reminisce as they prepare to “move to Florida” (aka the back of the closet).

This pair of shoes first hit the pavement on Dec. 7th. While I had bought them before Thanksgiving, I waited until I received my new orthotics before breaking them in. They were on my feet for several races:

New Kids on the Block

And three of those four races ended up being PRs. They ran through good weather and bad, on the roads and trails of both Georgia and California. Their final tally was an impressive 352 miles. They kept my feet covered, comfortable and injury-free. That’s all I could ask of them.

And while my old New Balances are now officially “mothballed,” they could always be called back into action via executive order for one more tour of duty.

If I enter a “Tough mudder,” go hiking in muddy conditions or severe weather (hardcore rain) is forecast, they might be “Brett Favre’d” and un-retire in order to save wear and tear on the primary QB (pardon me for mixing running and football references).

Oh, and if you’re wondering about their replacements, why it’s an identical pair of New Balance 940v2s (11.5 EE… my feet are still wide). If it ain’t broke, don’t fix it.

These shoes should last me until sometime in late July and will take me through the Hollywood Half Marathon, OC Marathon, San Diego Rock ‘n’ Roll Marathon and Peachtree Road Race.

They get their first test run tomorrow morning, a 5-mile shakedown run to break them in. And to my old shoes that will be hanging back in my closet? I say, “Thanks for the memories… you done good.”