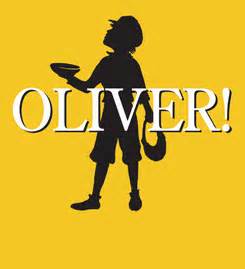 Good afternoon Trippers. Just a quick post today as I’m off to cheer on my Wisconsin Badgers who have made it to the “Elite Eight” and square off tonight against Arizona for a spot in the “Final Four.”

So, this morning’s long run was doing double duty, as both a taper run for next Saturday’s Hollywood Half Marathon and a recovery run from last week’s 18-mile jaunt (preparing for the OC Marathon in May).

On the upside, instead of pounding pavement solo like last week, I did my run today with a trio from Team Roadkill. Jim, Jeff, Soozie and I met up at the parking lot for the LA Zoo in Griffith Park (in the “Camel” parking section or “Camel Toe,” as we lovingly refer to it). They too are prepping for the H’wood Half and also needed to “exorcise the demons” from the LA Marathon.

My original plan was to run 10 miles today, but everyone else voted for a casual “ocho” and I opted to be a team player. I chose a familiar course for us (one we’ve run dozens of times) and served a pace group leader… which is a nice way of saying I was the only with a GPS watch on today.

The run was a lot of fun, as we first reminisced about the LA Marathon and how friggin’ hot it was. I swear the temp from that day gets hotter each time we talk about it (gotta embellish, right). I believe at this point we’ve decided that the temperature on that day was close to that of the surface of the sun.

We also joked about how while we appreciated the support of the fans during the last difficult miles of the race, several overly energetic fans were dangerously close to getting throat punched by all of us (I think what saved them was our complete exhaustion and inability at that point to connect with a proper punch to the throat).

After we finished discussing the potential of committing bodily harm against overzealous marathon well-wishers, the topic of conversation shifted to the TV show “Scandal.” Now, I don’t watch Scandal (scandalous, I know) but cut me some slack, I’ve still got “Breaking Bad” and “Mad Men” collecting dust in my Netflix queue. Anyway, since they were recounting tidbits about a show unknown to me, I was relegated to being the attentive listener (and run clock keeper). After about 15 minutes or so of hearing about the “show shenanigans” afoot, I came to the conclusion that there was a whole heap o’ banging and backstabbing going on in Washington D.C. (I guess art does imitate life).

Anyway, eight miles seemed to fly by and before you could say, “People in D.C. are kind of loose” we were almost back where we started (“camel toe adjacent” you could say). I could see that Jim, Jeff and Soozie were satisfied with the run and ready to get on with their day… I, however, had way too much energy and wasn’t quite ready to hang ‘em up.

So I bid my friends a quick and sweaty “adieu” (I’ll see ’em next Saturday, bright and early) and head out for an additional deuce. I had left my headphones at home (no need for tunes when Scandal-speak is going on) so it was just me and the Griffith Park Path for two more miles. Okay, actually it was quite crowded as the Griffith Park Trail Marathon was being run along the same route (it’s a low key, but fun, run). 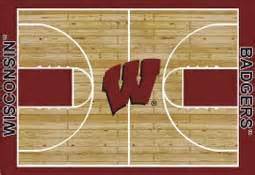 I hoped I might see my buddy Marty (he’s a marathon trail nut) at some point and sure enough he came running by and we got to share a few quick words and a fist bump. I also got a “Hello” from Deo Jerome, one of my competitors in the ARC Ambassador Contest from last week (and I use the term “competitor” lightly, as his vote total utterly kicked my ass).

I certainly didn’t need to do the extra two miles as I’m ready to tear up the “Avenue of the Stars” next Saturday, but the point is I wanted to. I was having fun and wanted to play a little while longer. So I did.

Oh, and since I’ll be at the sports bar tonight I have a feeling I’ll be imbibing and inhaling just a few calories, so no harm in creating a little more of a calorie deficit before tipoff.

Go Badgers… and Run on!