PLANNING AHEAD… WAY AHEAD

I just signed up for a race yesterday.

No big deal, right? I sign up for races all of the time.

Yup, some people have barely finished ditching their 2014 resolutions and I’m already making race plans to coincide with next year’s batch of soon-to-be broken promises.

Now while I like to plan ahead if possible, I can’t take all of the credit for this decision. The New Year’s Race had a one-day special today to encourage race addicts like myself to pony up almost 11 months in advance for a half marathon on January 3rd, 2015.

I ended up saving some decent cash and guaranteed myself a low bib number (I’ll be the envy of everyone with four digits on their bibs). And in response to Disney’s “Avengers Super Heroes Half Marathon” price tag of $195, spending only $65 for the New Year’s Race makes me feel kind of like “Captain Coupon” (not certain what color costume he wears… but green with a dollar sign insignia certainly comes to mind). 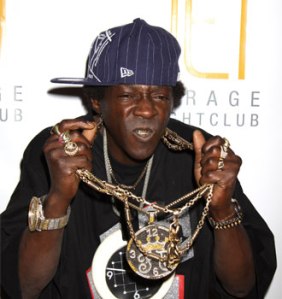 Just say “no” to race bling!

Now, January 3rd, 2015 is a long way off and plenty can happen between now and then.

I could win the Mega Millions lottery, which would only mean that I’d run the race with my personal spotter to dab my brow when I get sweaty. Or maybe this year Nike might introduce the super minimal/maximal/animal running shoe that has marathon runners wearing sneakers shaped like a horse’s hooves (complete with Nike swoosh, of course).

Or maybe some “backwards marathon” craze will kick-in with everyone running butt first and it’ll finally actually make sense for people to wear their bibs pinned to their backs. Perhaps finisher’s medals will get so large and flashy that they’ll encourage Flavor Flav to serve as a spokesman for a campaign against “bling addiction.”

Personally, I don’t care if any of that comes to fruition… just so long as we get those damn hoverboards like they promised in BACK TO THE FUTURE, PART II.

I’ll see you all at the starting line… in the future.