Let’s go outside this, shall we.

This week, just a brief post about a particular “zone.”

I’m not talking about “time zones,” those things that drive us insane with jet lag when flying cross-country.

Nor am I talking about “The Twilight Zone,” that crazy place stemming from the marvelous mind of Rod Serling and the reason why you should always have two pairs of reading glasses… just in case of the apocalypse (TZ fans know what I’m talking about).

Nope, today I’m talking about a much more popular and destructive zone… The Comfort Zone.

Our whole lives we’ve been told about the comfort zone and how growth only occurs once we step outside it. Or in some instances, are dragged kicking and screaming from it.

Oddly enough, even though we seem to prove this philosophy time and time again, we often seem to default back to playing it safe whenever a new opportunity comes up. We have to get up the courage (or get fed up enough) to once again venture out of the shallow end and back into the deep water.

Two weeks ago I signed up with a running coach (James) to help me improve my running fitness and race time for next March’s LA Marathon. And his strategy is simple…amongst other things, get me outside of my comfort zone.

What a jerk. How dare he make me push myself all for the sake of improvement. Grr.

One of his biggest comfort zone busters is his attitude toward the “walk break.” Now I’m a devoted disciple of the Galloway method where you walk a certain number of minutes followed by a one minute walk break.

Also not the right zone.

You can read about it here.

Well, James isn’t opposed to the walk break. In fact, he digs them too and has used them at times while running sub 3-hr marathons. He just wants me to use them less frequently. Use them as a “treat” as opposed to a “crutch.”

And during my training week shorter runs, walk breaks are either disappearing entirely or just every other mile or so. Not to mention my pace will be getting faster. No comfort in the foreseeable future. 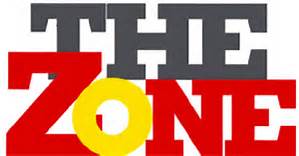 Still not the right zone.

The results so far have been good. On Monday I ran at a faster pace (and without breaks) than I’ve tried before… And I didn’t die. Now during the run I was cursing James’ name repeatedly (on the inside, because I didn’t have enough breath to do it out loud). But I did finish faster than I thought I could.

Yup, I ran right by my comfort zone flipping it the bird. And that’s okay.

Now I know during this training season I won’t always fare so well. I do expect some slip ups and some less than stellar results at times. But that’s also okay. It goes with the territory (that would be unexplored territory).

That’s what we’re aiming for.

Now this Saturday I have my first race, The Lexus LaceUp Ventura Half Marathon, utilizing James as my coach. Now he doesn’t have me going “balls to the wall” sprinting from start to finish. And we’re not even discussing attempting a “PR” pace.

Rather I’ll be utilizing the higher walk break ratio from the start, but also beginning at a slower pace and gradually speeding up over the duration of the half marathon, playing it by ear. If at mile 10 I’m still feeling good, then I can pick up the pace even more and give it the gas.

So how will the race go… I really don’t know. Could go well. Could go not so well. Like I said before, I’m outside my comfort zone and in uncharted territory.

But one thing is for certain. It will definitely be interesting.

I might pack a second pair of running sunglasses though, just to play it safe. You can’t be too careful about those apocalypses.