A little bit of a tangental post today, but stick with me as it’s helpful (in a banging your head on the table sort of way).

And those words are: “Caveat Emptor.”

That little phrase is very helpful to remember any time you make that purchase of a lifetime off of e-bay or anytime you throw caution to the wind and say “Yes” to a Craigslist ad.

Sometimes you receive something great… other times it’s a piece of something you get on your shoe when walking your dog at the park.

So, how does Latin and crap merchandise pertain to running?

Well, as runners we tend to buy a whole heap o’ accessories to augment the basic running necessities.

One thing I like to do when running solo is to listen to music. Hence, I own an iPod Shuffle. The iPod comes with a basic pair of earbuds, but those things just don’t work for me. Yeah, I can be a little high-maintenance.

I prefer a pair of connected headphones that I can rest around my neck when I’m not running. That’s just me.

Oh, and I should add that any old pair of headphones won’t do. That’s not my high-maintenance self chiming in again. No, I’ve got a different reason for being picky.

I sweat when I run.

A friggin’ crazy amount according to most (if not all) people.

And as a result, welling up with sweat (aka “liquid awesome”) tends to wreak havoc with headphones. Water and electronics… not the best of buds.

I go out of my way to buy “sports headphones,” specifically ones designed to handle my “moist-osity” (not a word, but it should be).

So back in the summer of 2013 (yes, two years ago) my longtime pair of Sony headphones (which I’d had for 4 years) had finally died. But they no longer made the model, so I was on the market for a replacement.

I did some research for new headphones and came across these loud orange beauties.

Amazon, take me away!

Notice, it says in the ad: “sweat resistant and rain proof”… aka water not a problem.

And Philips is a popular name for electronics, so why not give them a go?

And give them a go I did.

I received my pair of “sweat resistant” headphones in mid-June of 2013. Thanks Amazon.

I even gave the instructions/warranty a gander. It read that Philips would take care of any problems for this pair of headphones for 12 months. Cool.

Simply… not so good.

And just six months later, the supposedly “sweat resistant” headphones crapped out due to sweat… The right ear bud shorted out.

I figured I might have just gotten a crap pair… the assembly line does toss out a few duds from time to time.

So I called up Philips and they happily sent a replacement pair. And I was told by the Philips rep that this pair had a one year warranty too.

And six months later, these crapped out too. Same problem, right ear bud equals no sound.

Another call to Philips, this time with a tad of concern in my voice. Was this a pattern developing?

“Just a fluke,” said the rep and another pair (with another 12 month warranty) came knocking on my door.

The customer is always… frustrated.

We’re now in the realm of comedy (rule of threes anyone).

So, I figure I’d try Philips yet again. And guess what, they sent out yet another pair.

There’s a quote out there that trying the same thing and expecting a different result is the definition of insanity.

But it would be crazy to think that four pairs of headphones would crap out, right?

Wrongo! Add another pair to the pile.

Two years and four pairs of heaphones wasted. A quartet of Philips headphones combined had lasted half of the amount of time as a single pair of my old Sony ones.

I called up Philips to once again say that their headphones had gone belly-up after a mere 180 days. This had to end at some point.

And it did… just not in a consumer-friendly way.

I was told by a customer rep that since it was over a year since I’d purchased the original headphones, they wouldn’t be replacing them. I mentioned that none of the headphones had lasted anywhere near one year AND that the last pair I received was 18 months after my initial purchase and no one batted an eye about sending a replacement then.

They had no answer, other than Philips appreciated my business.

So, I escalated the matter to their “consumer satisfaction team” and I ended up getting the exact same response, along with an eye-opening bit of info.

Philips wouldn’t replace their headphones anymore because they didn’t make them. According to the representative, Philips no longer makes any Philips-brand headphones or small electronics.

They farmed it out to a subcontractor and then just slapped the Philips name on it.

Generic or private label goods are often equal or sometimes even superior to name brand merchandise. However, you’re definitely rolling the dice when it comes to electronics.

But to hear that a company won’t stand behind their product because it’s technically not their product is a little too “passing the buck” for me to swallow. And it’s just bad business.

The rep said the good news is that Philips still makes their own TVs and Blu-ray players. Yay… I think. 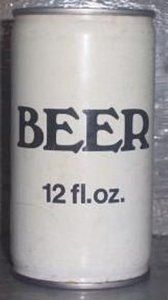 So, I said “thank you” and “I’ll go purchase a new set of headphones from someone else’s brand”… one that is hopefully actually made by that manufacturer.

And I’ll definitely have to think the next time I see the word “Philips” scrawled on the box of something.

NOTE: In fact I just did. I was at Bed, Bath & Beyond for a new trimmer and deciding between several brands. One had the word “Philips” on the box and it went right back on the shelf. But I digress.

Is it the end of the world? Nope.

I just ended getting a pair of headphones (several in fact) that didn’t do what they were advertised to do and broke way before their time.

It’s not “only the good die young” (my apologies to Billy Joel).

Sometimes the crap dies young too.

Caveat emptor it baby… and Run on!

Did you ever have a piece of tech fail over and over again or break way too soon? Let’s hear about it.

Posted on August 31, 2015, in General and tagged Philips. Bookmark the permalink. 2 Comments.

← I GET BY WITH A LITTLE HELP FROM MY FRIENDS…
TIME TO TEAM UP WITH T2… →
%d bloggers like this: