RUNNING IS MY PIZZA!

On Tuesday I made a comparison between soccer’s World Cup and running races.

Both are things I love with a passion. And while each of them are awesome, they both leave room for improvement.*

In fact, few things in life are utterly perfect… except birthday cake-flavored M&M’s. Have you tried those things? Holy Jumping Schnikes!

So I dusted off the soapbox, jumped up and mentioned a few race experience items that could be handled better along with possible solutions. Whether they are reasonable solutions or not remains to be seen.

I also asked others to jump up and acknowledge areas where they think races come up short (in the name of improvement) or just to blow off a little steam. We all need to do that from time to time.

The responses were indeed good and funny. Readers got to do a little venting and we got a little insight into some of the speed bumps associated with the race experience.

Some said if we find fault with races, perhaps we shouldn’t run them.

Just because we find imperfection with something, doesn’t mean we still don’t adore it.

My girlfriend doesn’t like the fact that I occasionally leave the toilet seat up, but that doesn’t mean she’s going to end our relationship… unless of course she fails to notice and falls in. Then I’m screwed.

My SUV doesn’t have an MP3 jack, but just because I grumble about having to use one of those stupid cassette adapters doesn’t mean I’m going to trade it in tomorrow for the 2014 model of the 6000 SUX (yup, “Robocop” reference).

Shaquille O’Neal couldn’t hit a free throw to save his live, yet he won multiple NBA Championships, 2 Olympic Gold Medals and even had starring roles in “Steel,” “Kazaam” and was part of the cinematic masterpiece “Grown Ups 2.”

Yup, we are surrounded by wonderful imperfection.

Others seemed to imply that we should stop belly-aching and simply be thankful that we can run at all. 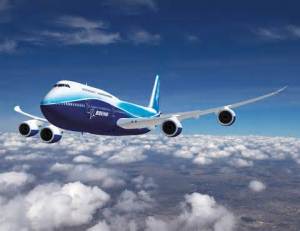 If I’d known someone wanted to send us all on a collective “guilt trip” for simply voicing opinions, I would have packed accordingly.

Speaking of guilt trips, I remember when my mom tried to guilt me as a child when I wouldn’t eat my broccoli. She said how wrong it was to not eat my vegetables when people were starving elsewhere in the world.

Guilt worked back then… I did eat my broccoli (every last horrific bite). FYI, I actually like broccoli now.

The only thing that bugs me a little personally (or “grinds my gears” a bit) is someone implying that identifying shortcomings with the whole race experience means I’m not thankful to be racing or running.

Let me use an analogy I spouted in college. It has to do with pizza. I ate pizza in college.

And my philosophy with pizza was this: When pizza is good; it’s great. And when it’s bad; it’s still pretty good. 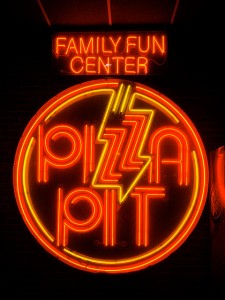 Do you really want your pizza from a pit?

In short, the only bad pizza was no pizza. That’s how much I (and others I know) loved pizza.

That doesn’t mean I didn’t find the occasional fault with a particular pizza or let Pizza Pit (a Madison area pizzeria that got a lot of my parents’ money) know the times they really skimped on mushrooms or totally messed up an order.

I was a paying customer (again, even if it was my parents’ dinero) so I had a right to voice my dissatisfaction if things weren’t up to snuff, in the hopes that they would fix it for next time (or score a free coupon… we were broke college kids after all).

And my friends and I would at times talk about how the “pizza du jour” didn’t live up to other pizzas we’d had… as we were eating it and still enjoying it.

Damn, now I want a pizza.

Anyway, that’s how I feel about races and running in general. They are imperfect at times, but awesome as a whole.

I’m getting over an injury and was grumpy as hell for three weeks when I couldn’t run. I’m concerned that the injury could flare up again, causing me more downtime.

I’ve got the start of arthritis in my right big toe and it concerns me that someday it could get worse, require surgery and sideline me for weeks or months.

Perfection in a bag!

Please never doubt for a second that I love running or doing races. I am utterly thankful that I can run. I do it every week without fail (if I’m physically able). I run races whenever and wherever I can. I talk about it. I blog about it.

It is my pizza.

And I think it’s a safe bet that many of my fellow runners out there feel the same kind of love for the sport. We can celebrate its many wondrous qualities, while at the same time vocalizing the things we wish were different. It doesn’t mean we love it any less.

Now if you’ll excuse me. I’m going to order a pizza. And god help them if they skimp on the mushrooms.

Do you think I can get my parents to pay for it… for old time’s sake?

*Note: Luis Suarez of Uruguay bit an Italian player in the World Cup on Tuesday… there’s no room for biting in soccer… or in running for that matter. So don’t expect to see a “Biting The Kenyans” spin-off site anytime soon.

Posted on June 26, 2014, in General, Humor and tagged "Grind My Gears", Pizza, soapbox, World Cup. Bookmark the permalink. Comments Off on RUNNING IS MY PIZZA!.